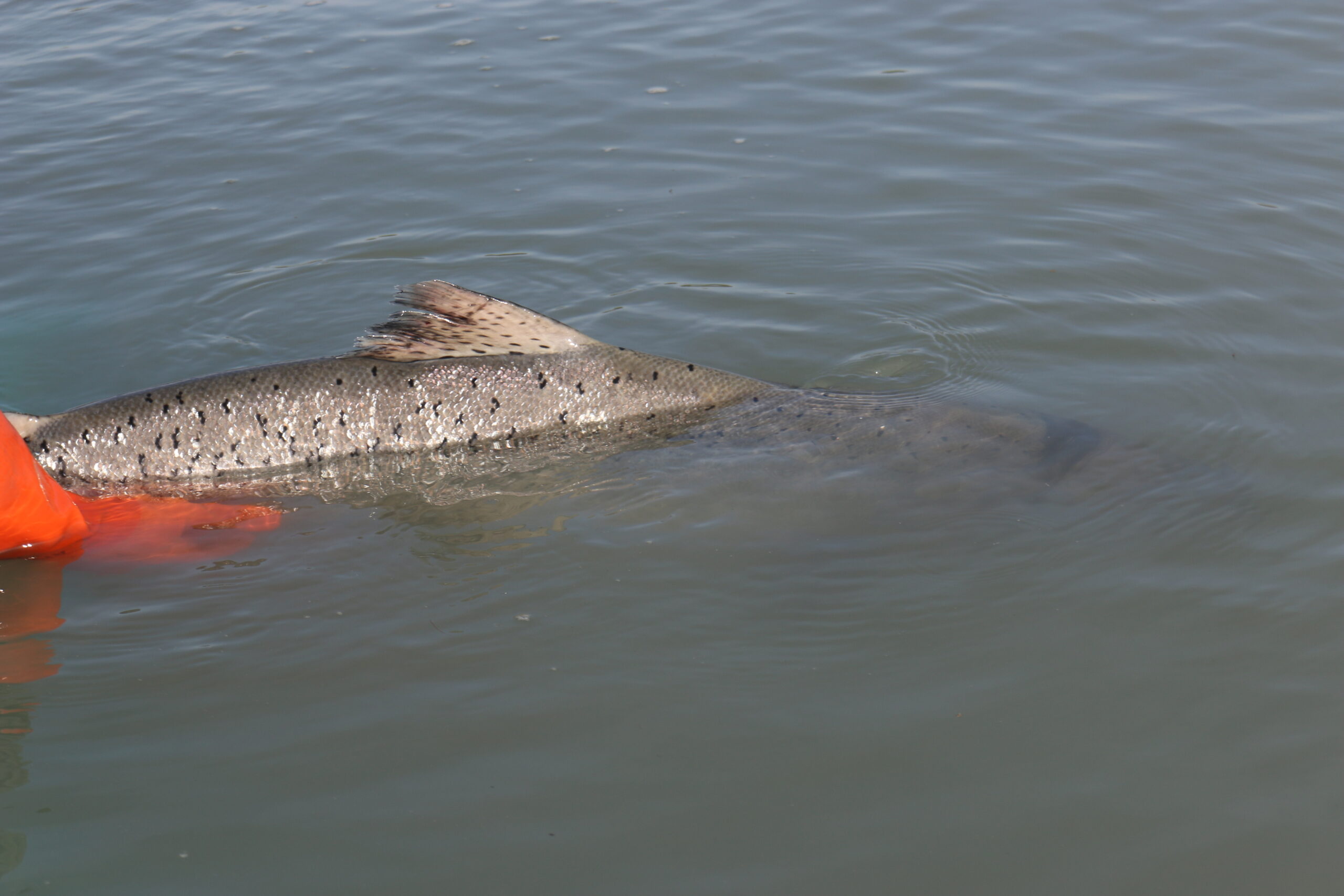 
This internship focuses on Alaska’s Kenai River salmon populations. The role consists of
working as a Fish and Wildlife Technician II for the Alaska Department of Fish and Game.
Responsibilities included operating a research boat on the river as part of the in-river test netting
project, working on a creel survey crew, and other research projects as needed. This project
provides data on the adult returns of Chinook salmon (Oncorhynchus tshawytscha), such as catch
rates, age, and genetic composition used to manage the fishery. Age-structured data is used in
models to predict future returns of Chinook salmon, which provides valuable insight into the
population’s health and long-term trends. Genetic comparison enables sub-population
management of the Chinook salmon. Creel surveys are designed to monitor sport fishing harvest
rates and connect the fishery’s social and scientific aspects. The Chinook salmon population is
maintained under the principle of sustained yield. Recent declines in this population’s numbers
and size have caused problems for the management of the population. Political strife caused by
allocation decisions complicates management decisions. The salmon populations in this region
are significant economically and socially and form a large portion of local culture and identity.
Efforts to maintain economically important salmon species are essential for the region’s
economy and social fabric. This position contributes directly to that goal. Through this position,
partial requirements of the Master’s of Science in Tropical Conservation Biology and
Environmental Science internship track have been fulfilled.